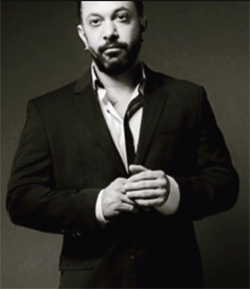 property, at 21 he became the youngest person in the history of Las Vegas to open his own real estate brokerage. Additionally at 21 he began buying and selling apartment complexes utilizing creative financing such as “all inclusive trust deeds” and “contract of sale” purchase agreements.

The goal was simple. To find buildings that were being neglected by the owners, purchase, repair to modern standards, minimize expenses, increase revenue and sell. The very definition of “Value Add”.

At 26 years old Richard began purchasing land to develop. This process includes negotiating purchase agreements that would enable the ability to secure zoning and entitlements while in escrow. The process of development included overseeing architects, civil and mechanical engineers, general contractors and financing.

At the age of 28 years old, Richard, with four partners, began purchasing debt and foreclosures. Eventually purchasing debt and properties in excess of 100 million dollars in value. These consist of over 1,000 apartments, hundreds of thousands of square feet in retail / office space and several hundred single family homes.

Richard Crighton is considered an expert in the Las Vegas Real Estate Industry.

GET IN TOUCH WITH AN EMAIL
chrisbrown22@gmail.com